OpEd: Softness to liars and traitors will destroy us all. Tucker Carlson belongs in a cage awaiting his execution.

Fox News host Tucker Carlson told his audience that QAnon followers, some of whom were involved in the deadly insurrection, are "gentle people." Getty Images


The conservative TV host also referred to them as "confused" but said they "like this country."


QAnon believers were involved in the deadly insurrection on January 6.


Visit the Business section of Insider for more stories.

Speaking to the audience of his nightly political talk show, the conservative television host suggested that the right-wing conspiracy theory's adherents are harmless patriots.

The fringe group was designated as a "domestic terror threat" by the FBI in 2019.
"Do you ever notice," Carlson said. "How all the scary internet conspiracy theorists - the radical QAnon people - when you actually see them on camera or in jail cells, as a lot of them now are, are maybe kind of confused with the wrong ideas, but they're all kind of gentle people now waving American flags? They like this country."

Carlson's words came just a day after Washington DC police were put on high alert due to intelligence reports that far-right groups were planning to breach the US Capitol building once again.

It was feared that QAnon believers could wreak havoc on March 4 - the day on which many thought former President Donald Trump would be reinstated.

Almost 5,000 National Guard troops have been asked to remain in the city until mid-March, in part due to the fear of potential violence from QAnon followers.

There has been a heightened security presence in DC since the deadly storming of the Capitol. Adherents of the QAnon movement were on the front line of the violent insurrection on January 6.

Pro-Trump rioters were seen wearing QAnon paraphernalia and one of the movement's leaders, known as the 'QAnon Shaman,' was arrested for his role in the siege.

COVID-19 is killing off  MAGAts at very high rates. MAGAts are anti-vaxxers and anti maskers. Add that to the fact that Trumpers are fat and sickly many of them will get long covid.

Fuck Trump and Fuck You 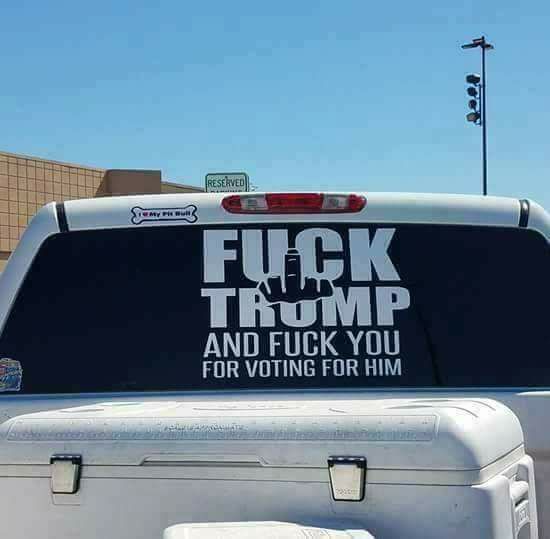 CNN’s Jake Tapper on Sunday abruptly ended an interview with White House trade adviser Peter Navarro following a tense exchange about President Donald Trump’s decision to initially downplay the threat of the coronavirus.
During a segment on CNN’s “State of the Union,” Tapper asked Navarro to discuss a Feb. 7 recording with journalist Bob Woodward, released last week, in which Trump said the virus is five times deadlier than the flu.
In the weeks following the recorded conversation, Trump continued to hold large rallies despite knowing the virus was airborne and deadly. On Feb. 26, he told reporters that the flu was more dangerous than the coronavirus.
“He was misleading the public. Why?” Tapper asked Navarro on Sunday.
Navarro, failing to directly answer the question, laid out the White House’s behind-the-scenes strategy for addressing the virus in early February and praised Trump’s response. Public health experts, however, have largely attributed the United States’ record number of coronavirus cases to the Trump administration’s mishandling of the outbreak.
“You’re not answering my question, Peter,” Tapper interrupted. “The question is about ― you’re talking about what you were doing privately.”
The exchange devolved into incessant crosstalk with Navarro accusing Tapper of repeatedly interrupting him and Tapper accusing Navarro of refusing to answer his question:

As Navarro continued to defend his remarks, Tapper pulled the plug on the interview and reminded viewers that the U.S. contains less than 5% of the world’s population but more than 20% of the world’s recorded coronavirus deaths.
Watch the full exchange below:
A HuffPost Guide To Coronavirus
Everyone deserves accurate information about COVID-19. Support journalism without a paywall — and keep it free for everyone — by becoming a HuffPost member today.
Love HuffPost? Become a founding member of HuffPost Plus today.
This article originally appeared on HuffPost and has been updated.
Posted by Fat Bastardo at 11:59 AM No comments:

Donald Trump Is A POS And So Are His Supporters

Posted by Fat Bastardo at 5:45 PM No comments:

Trump Supporters are Pieces of Shit

Posted by Fat Bastardo at 3:24 PM No comments:

Sites That Beat The Shit Out Of Traitors